We are pleased to share the story of how Making a Difference Works has helped make another employer/employee match! 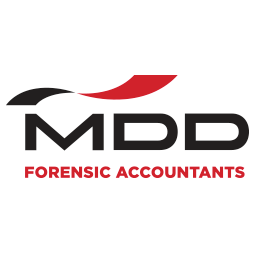 We introduced Glenn Ricciardelli from Matson Driscol and Damico MDD, a global forensic accounting firm, to the idea of hiring an employee with intellectual disabilities.  In June 2018, Mr. Ricciardelli attended the Jewish Child & Family Services (JCFS) Business Advisory Committee employer engagement breakfast. Afterward, he expressed his interest in his team at MDD, who liked the idea of hiring a candidate from JCFS. John Wills, The Director of Employment programs, worked closely with the team at MDD to define the job needed at the firm. Fortunately, JCFS had been working with a participant who had the required skills for the job. With an aptitude for math and computers, and a desire to work at an office in downtown Boston, Andrew quickly became a perfect candidate.

Jewish Child & Family Services assisted both Andrew and MDD in the interview process. With this support, Andrew was hired at the interview last November; likewise, after JCFS helped with preparing, training, and coaching fo. Andrew and his family, as well as MDD, before the start of the job. Andrew is coming up to his first anniversary. JCFS supported Andrew’s family with preparation for this first day, coordinate work transportation, and report income to Social Security.

The team at MDD received training from JCFS to provide them with background knowledge and to give them a thorough understanding of how to most efficiently work with Andrew. When the job first began, the training provided to Andrew was a reliable support to help acclimate him to a new environment and form relationships in the firm. JCFS did such a great job in administering aid right away that soon; it was no longer necessary.

Additionally, after only two months, Andrew was allowed to work an extra shift every week. This hire is still a great success for both Andrew and MDD. Andrew’s mother describes the process as helping her son achieve “the job of his dreams.” Andrew is celebrating his first anniversary this month at MDD, and our next update will provide and over of the process and perspective from Glenn Ricciardelli at MDD.

So far, in 2019,  there have been three employer/employee matches that generated new and fulfilling purpose into the lives of those with intellectual developmental disabilities. “MADW initiated these matches, and we look forward to sharing more success stories with you soon.