Hiring people with disabilities is good for business, the economy, and your team’s morale.

People with disabilities have been marginalized or underrepresented in the workplace for a long time, relying on poor standards and preconceived ideas regarding their skill.

However, there has been a considerable increase in conversation and activism. Over the past decade, regarding fair representation and opportunities for people with disabilities in the workforce. As a result, the world of work is evolving for the better – and not only as regards inclusion.

The future of diverse hiring

For companies to be truly successful in hiring a diverse workforce, they need to look at it as embracing the advantages of having a group of people with varying abilities, skills, and intelligence, rather than compliance or perceived obligation.

“Diversity of all sorts is a good idea,” said Philip LaDuke, a global business principal consultant at ERM. “Not because of political correctness, but from a pragmatic business point of view.”

To make your business more inclusive, start from the inside out, Walters said. “Make sure your company policies and culture are inclusive and disability-friendly. That means everything – employee handbooks, procedures, and practices – should take into account that what many think of as a standard is not a standard for others.”

People with disabilities stand to bring success, diversity, and increased motivation to the workplace, but they are still fighting against decades of stigma and discrimination. More companies are seeing the benefits of fully inclusive hiring, but there is still a great deal of work to be done.

“Not utilizing talented individuals because they might need accommodations is a serious issue,” said Diane Elizabeth, CEO of Skincare Ox. “Focus on what the person can do for the company.”

Autistic Spectrum Disorder (ASD). Not a term that rolls off the tongue easily but increasingly big corporations such as Microsoft and SAP have launched programs to attract candidates with ASD for roles which require certain skill sets. ASD is the name for a range of conditions that affect the way a person sees the world, processes information and interacts with people. The term covers high-functioning autism such as Asperger’s.

Under-employment is high among autistic adults. Only 14% of adults with autism held paid jobs in their communities, according to the National Autism Indicators report published by Drexel University’s Autism Institute. The report looked just at those who had received state developmental disabilities services. About one-fourth of adults with ASD had community employment as a goal in their service plan. 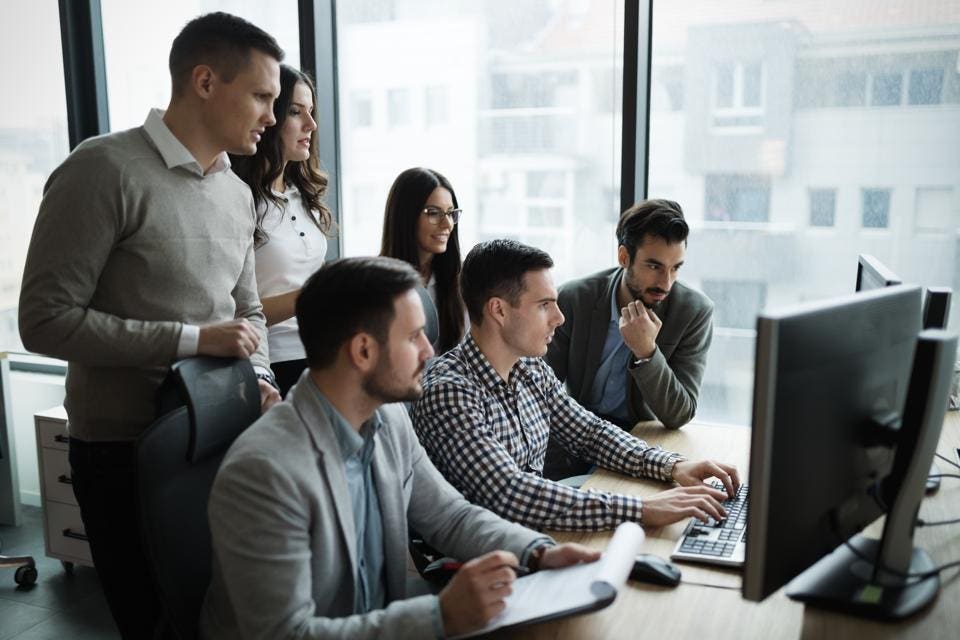 It’s a similar story in the UK, where only 15% of autistic adults are in full-time employment. This compares with 57% of non-disabled people of working age in the UK, according to government statistics.

One of the first big corporates to recruit individuals with ASD was Microsoft which started its “Inclusive Hiring for People with Disabilities” program three years ago in the US.

“Our goal is to help reduce the unemployment rate for people with autism. People with autism are under-employed and we have roles that would be good for people on the spectrum,” explains Neil Barnett, director of inclusive hiring for the software giant.

Microsoft’s program recruits for technical roles such as a software engineer and data scientists. “We’re looking for individuals with attention to detail and problem-solving skills and that is a sweet spot in technical roles. Our current program is based in our headquarters in Redmond, Washington but we have plans to extend it outside the US,” said Barnett.

One of the after-effects of Microsoft’s program has been to encourage self-disclosure among existing employees, added Barnett.

Microsoft has adjusted its recruitment process to accommodate candidates with ASD, explains Barnett.

At the traditional interview process it’s one day but for the program it’s now five days. We’re really trying to get to know the individual and let them showcase their talent. It’s about getting to know the candidate and work on team-building and then on day three, we do a mock-interview where we give feedback to the candidate. Of the people we bring in to the Redmond Campus to interview about 50% will get hired.”

Candidates hired by Microsoft have access to a third-party job coach who helps them transition to the workforce and answers questions on transportation. All new hires also have a community mentor drawn from Microsoft’s disabled employees’ resources group which is another employee who is a partner or friend or someone in the autism community. The mentor works with the new hire on cultural issues such as meal cards and getting buses around Microsoft’s Redmond Campus.

Once a candidate is hired and onboarded, then they get feedback from a job coach, said Barnett. “They have a community mentor and job coach for three months but they can extend that if they need it. We still have employees using a job coach one year on.”

Barnett is keen to stress that there are many benefits for Microsoft from the program.

Our mission is to empower everyone in the organization. We need a diverse workforce including people with autism and we need to make better products that work for everyone. We’re also seeing the benefits for the managers who are becoming better people managers by providing more feedback and asking about communication styles. More and more managers are getting that feedback and that is a benefit that we continue to look at.”

Although Microsoft is primarily recruiting individuals with autism for technical roles, the organization is also looking at getting candidates into non-technical roles such as finance and marketing, added Barnett. So far, Microsoft has hired 56 full-time employees. 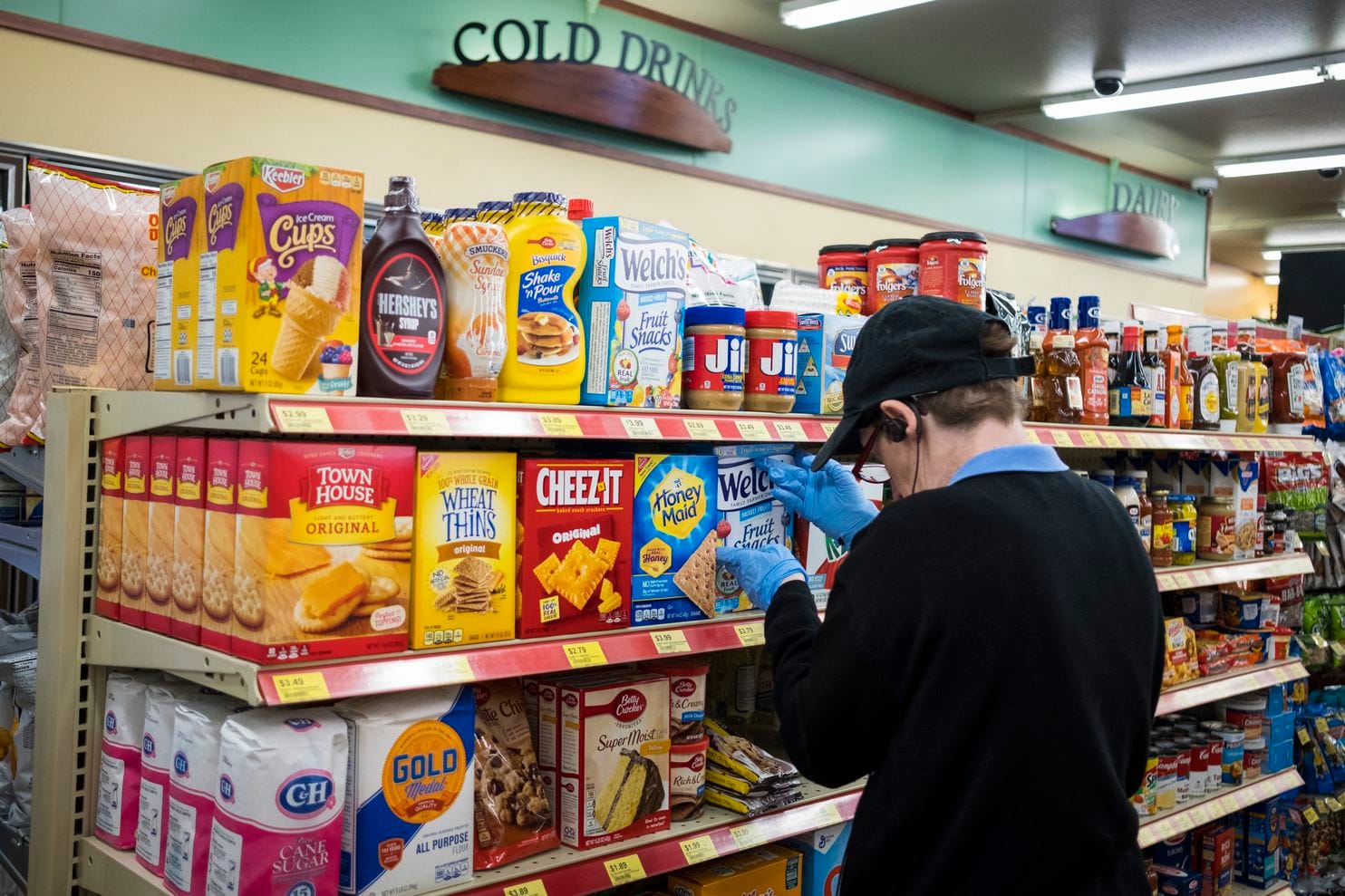 Julie Propp organizes the snack aisle at Kwik Star. Propp jumped from making $3.49 hourly as a janitor to $11.25 at the convenience store. (Calla Kessler/For The Washington Post)

In her last job, she made $3.49 an hour as a janitor. She would often walk past a Kwik Star gas station 10 blocks from her home in the rural community of Marshalltown.

“People with disabilities, as a group, have generally experienced barriers living in a world that is not designed for them,” Krefft said. “They are innovators by nature. More companies are waking up to this.”

Julie Propp landed her first-ever job about 18 months ago — at age 55.

A part-time retail helper at a Kwik Trip convenience store in Marshalltown, Iowa, Propp cleans and ensures coffee cups and other items are well-stocked. She previously loaded boxes in workshops run by agencies that help disabled people but never had a traditional job because of a developmental disability.

Down syndrome entrepreneur builds success out of socks, shatters stereotypes

John Cronin, a 21-year-old entrepreneur with Down syndrome has one motto “socks, socks and more socks!” Go inside his $1.3 million sock empire, John’s Crazy Socks, and learn about his mission to overcome challenges and hire people with disabilities. Down syndrome entrepreneur builds success.

Check out his site here

I’ve been involved in Best Buddies because the organization’s mission of inclusion through friendship really speaks to me. I’ve had classmates with intellectual and developmental disabilities (IDD) my entire life, but it wasn’t until joining Best Buddies in high school that I realized the ability that these individuals have. This motivated me to make more people at my high school realize what it took me a year of being in the organization to realize.

Since then, I’ve invested my time because of the leadership skills the organization has given me. I’ve learned tons of things about personal goal setting, event planning, organizational skills, working with administration, and so many other things. It’s also become a great platform to give individuals with IDD the chance to grow as leaders as well. Leadership through empowerment is one of the best leadership styles, and Best Buddies allows its leaders to empower others to become leaders as well.

The main mission of friendships keeps me invested, but I also appreciate the ways my friends with IDD and I are growing as a result of our affiliation with the organization. – Chair of the Young Leaders Council, Best Buddies 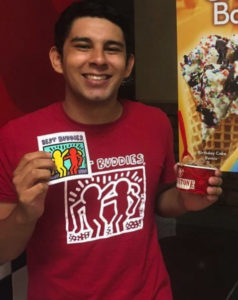 A disability employment advocate, Randy Lewis joined Walgreens in 1992 as a divisional vice president in logistics and planning. Living within the world where technology and creativity combine, Randy designed and opened the the first distribution facility of its kind to employ a significant number of people with disabilities (more than 40% of the workforce has a cognitive or physical disability.) Drawing inspiration from his autistic son, Randy has become a speaker and author on the topics of incorporating those with disabilities into the workforce, receiving numerous awards for his volunteer work and advocacy.